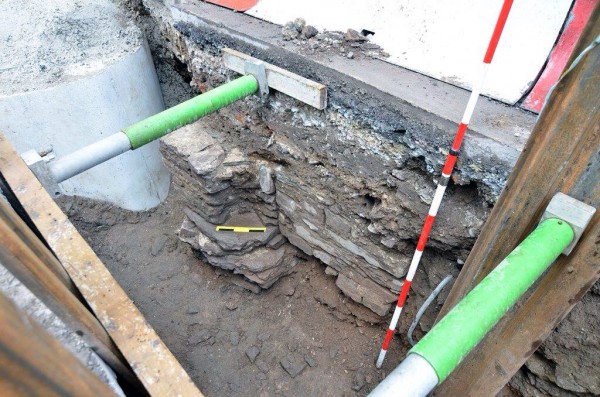 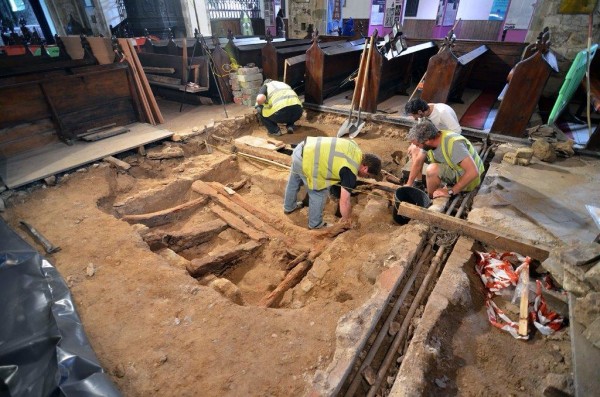 The remains of what is believed to be a medieval woman in her 30’s has been exposed in the South Abbey area of Youghal.
The discovery of the archaeological remains including the external wall of the old abbey and complete skeleton on Paxes Lane were unearthed during works on the local main drainage scheme.
The Franciscan Friary of South Abbey was founded in 1224 by Maurice Fitzgerald 2nd Lord of Offaly who was later buried there in 1257.
Daniel Noonan Consultant Archaeologist said he’s baffled by the discovery “we are somewhat confused as to how this woman’s remains came to be there. There was a Franciscan Nunnery by the light house. These nuns were responsible for maintaining the light beacon. Originally we thought she could have been a nun, but there was no shroud pins or sign of a coffin. It’s unusual to find a body placed where these skeletal remains were discovered.”
The exact year of when the first Franciscans came to Youghal, is uncertain and some sources cite 1224, and others 1226. Either way both dates are close to the lifetime of St. Francis of Assisi.
The Friary was dissolved in the 16th century, and no remains of it could be seen until today.
In a separate excavation of St. Mary’s Colligate further remains were discovered while archaeologists investigated subsidence in the colligates floor. A rectangular stone built structure or vault believed to date from the 1700s was discovered beneath the floor.
Mr Noonan added “the vault was discovered 30cm beneath the surface. We also found evidence of an ancient heating system.”