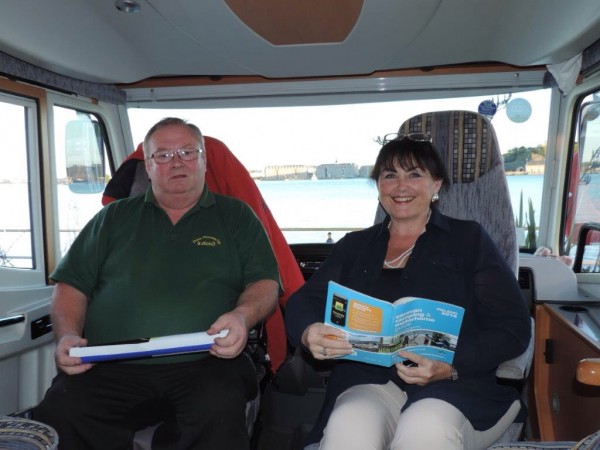 An Irish Caravanning Club took to the road recently to campaign to try and get more motor-home stopover bays in Ireland.
The group plan on taking their campaign to the country’s 31 local authorities in a bid to make Ireland as motor-home friendly as countries like France and Germany.
Pro of the phoenix motor-home club Ireland Kieran Donovan explained “the average age of our members is 45-50. Many are retired and travel on average 200 days a year across all four seasons. Buying power is medium to high with many spending on average €300 per week. ”
Mr Donovan added “East Cork would be a great spot for many motor-home tourists. The British particularly would be attracted to the area. They save 25% in the exchange rate straight off and with the ferry coming into Cork it makes things very accessible for the French market.”
France has the highest number of Aires (stopovers) 3,500, 600 of those are in camp sites. Many pay between €20 – €30 to park up per night.
According to Joe McCarthy Clerical executive for both Midleton and Youghal municipalities “there is currently a planning application for 80 motor-home bays in Youghal opposite Aura. In Midleton we have identified spaces for parking motor-homes in the old Tesco car park near the Jameson Distillery. As motor homes need longer spaces to park then the average car we have identified spaces to accommodate the overhang. At any town centre parking is at a premium, we decided we would not designate the bays for a specific use but kept them for both.”
Overnight stays in Midleton are free at the moment. Currently Cork County Council are considering rolling out paid parking right across the county. If this was to happen the situation regarding mobile homes in Midleton would have to be revisited.
In the September meeting of Cobh Municipality a motion tabled by independent councillor Claire Cullinane has led to the borough reviewing it’s by laws and investigating the infrastructure required for additional bays at the 5 foot way.
Councillor Cullinane said  “over the next couple of months the development of the 5 foot way should see it more family orientated, with the needs of the tourist in mind. Following a motion tabled by me in last month’s Municipality meeting the council and engineers are looking into the bylaws and the necessary infrastructure .”