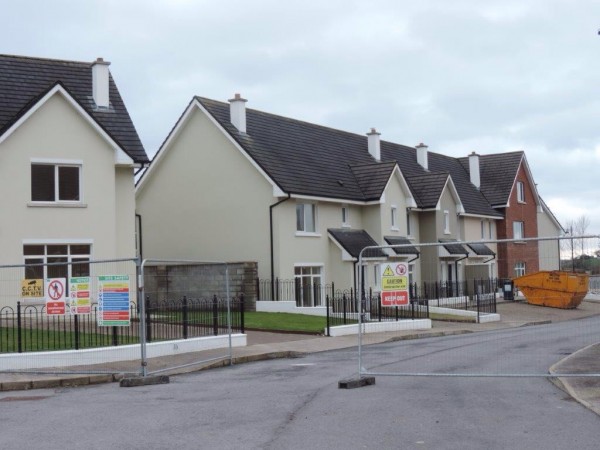 Cork County Council management abandoned Mondays Southern Committee meeting for a time.
This unprecedented move came after committee Chairman Noel Collins called on Winifred Murphy an East Cork resident who has been on the housing waiting list for over 7 years, to put her case to the officials.
Councillor Collins told the sitting his move was to focus attention on the mounting housing problems. “Almost 7,000 people seeking housing through Cork County Council can expect to wait over 7 years for accommodation. The go slow of some agencies is adding to the pain and strain of waiting applicants.” he said.
In the Southern Committee area of Cork County council of which East Cork is a member 3,829 people are awaiting assistance with housing.
In their 2014 budget Cork County Council allocated €37.86 million (12.34%) of its budget to local authority and traveller housing that’s far below the national average of 18.12%.
Assistant County Council Manager Declan Daly told Councillor Collins ” I am not prepared to listen to individual cases. You have a choice chairman. If you want this lady to be heard I am afraid the executive will have to withdraw.”
Councillor Collins told the Executive “but we want to hear your response, so you have nothing to say. I am sick and tired of the council. I have to face this music every Saturday. I have nothing for them, and there are voluntary houses. The council are as much to blame, as you have to register first with the county council, so we will hear the proof of the pudding.”
Both Maurice Manning Senior Director of Services and Declan Daly Assistant County Manager left the meeting for a time, to protest against the split between the executive and the elected representative.
With only southern division councillors in attendance, Miss Murphy described her situation to them.
The Midleton woman has been on the housing list since 2007. In April 2012 she was contacted by the National Association of Building Co-Operatives(NABCO), the voluntary housing agency that work in conjunction with local authorities.
“NABCO stated that Cork County Council put my name forward to them for housing in Maple Woods Ballinacurra. I subsequently attended an interview in NABCO in May 2012. In January 2013 I completed the required housing training course by NABCO. In March 2014 I was contacted again in writing by NABCO who were looking for me to update my current housing and financial details. Once again it was stated by them that I was nominated for a unit in Maple Woods.”
Following the initial contact in 2012 Miss Murphy is still not housed by NABCO in the Maple woods Estate. The 2 and 3 bed units have been allocated to housing applicants, this process is still ongoing and eligible applicants are still being housed in Maple woods.
Miss Murphy added “Cork County Council have apparently signed the lease for one bed units. In August 2013 the snag list was being completed. In recent weeks making further calls to NABCO there is now yet another snag list to be completed on these one bed properties.”
Fine Gael Councillor Michael Hegarty told his fellow councillors “we have raised the situation of Maple woods and NABCO back as far as 12 months ago, it’s on the record and again in February and March we raised it. There is a long history and a litany of things gone wrong. It is disappointing we have no management here to hear the case, however I think you are speaking to the converted here.”
Independent Councillor Mary Lenihan-Foley added “I am fully aware as well. The latest update that I got was it is to do with a snag list. If Cork County take it over in a sense they will have to do the unfinished jobs. I thought that was maybe where the delay was coming in.”
Sinn Fein Councillor Pat Buckley stated “to be quite blunt about it our hearts are broken listening to people with housing problems day in and day out. What I can gather its Cork County Council where the buck stops or is it. There needs to be a huge look at social housing and how it’s allocated. It’s extremely difficult even as a public rep to get answers and how the system actually works. “