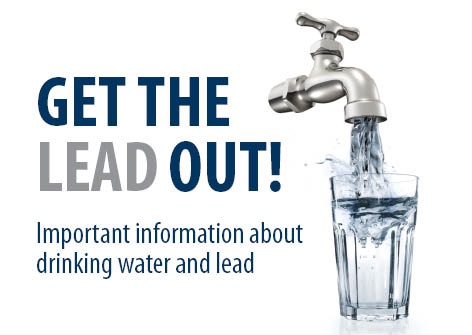 Labour councillor Cathal Rassmussen raised his concerns over high levels of lead in drinking water in many of Cobh’s housing estates.
At Tuesdays municipality meeting he called on the borough to compile a list identifying estates throughout the region with lead piping. The councillor told the sitting that “Ahern place was recently identified as being full of lead pipes.”
Willie Rankin who lives in Ahern Place in Cobh was found to have elevated lead levels in his water supply.
The national acceptable level of lead in water is currently 10 micro grams per litre. Mr. Rankin told the East Cork Journal his reading was 4 times the national average.
“I commissioned Cork County Council to measure the lead in my supply. The engineer took 3 samples. One from stagnant (water in the system over night) which read 41.5 micro grams per litre. The second was a random sample which read 31.6 micro grams per litre. The third read 16.1 micro grams per litre when the tap was left running for 10 minutes” he said.
Mr Rankin added “the mains pipe is cast iron where it’s tapping off is lead piping. I raised this with Irish water but they are washing their hands of it.”
Councillor Kieran McCarthy told Tuesday’s meeting that “areas of Patrick Square, Belmont and Glenanar are also in a similar situation.”
Lead can build up in the body and can cause harm, particularly in young children and unborn babies.
In infants and children it can cause delays in physical or mental development. Children could also show slight deficits in attention span and learning abilities. In adults excessive consumption of lead can cause kidney problems and high blood pressure
According to the HSE website if your home was built or has been modernised since 1970, it is likely that there are no lead pipes on your property.

“Pregnant women or careers of children under 6 who live or stay in houses built before 1970 are advised to flush the pipes as a precaution. The cold water kitchen tap should be run to fill the sink, particularly first thing in the morning or if the water has been unused in the pipes for longer than six hours. The tap water can then be used for drinking” they say.
Municipal Chairwoman Sinead Sheppard told councillor Rassmussen the issue of lead in drinking water rests with Irish Water. “The council working as an agent for Irish water would be the body replacing the pipes. The pipes would be replaced up to the stopcock and the resident would need to replace the pipes from the stopcock into the premises. The initial works aren’t expensive but it’s the digging up inside of the houses which is going to cause problems for people because it leads to such expense. Just in relation to Ahern place they are between a rock and a hard place. The majority of the people in the estate have to make the complaint to Irish water, there has to be a certain percentage logged with county hall of each estate before they can act on the lead pipes fully.”
Councillor Kieran McCarthy stated “some people don’t have the money and some people are afraid they have to go through that. People have the right to know the health issues involved. ”
Councillor Rassmussen added “it is incumbent on us to raise the issue at whatever level to get a survey done and this should be available, The information needs to be compiled and Irish Water contacted through this office and County Hall to see what they are going to do about it.”
The Environmental Protection Agency (EPA) has confirmed that there are currently 3 separate legal actions being taken against Irish Water for failure to comply with directions to replace lead pipes and remove dangerous chemicals and bugs from water supplies in Donegal, Kerry and Mayo.
Irish Water were contacted for comment but no statement was received at the time of going to print.