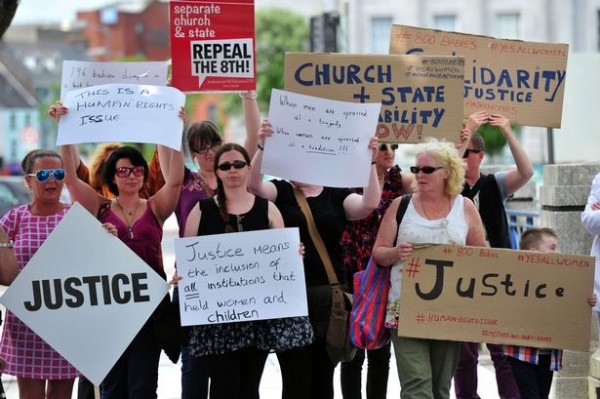 Campaigners for an inquiry into the mother and baby homes have cautiously welcomed the announcement by the Minister for Children James Reilly to progress an inquiry into their abuse allegations.
The blue print for the inquiry will be discussed on January 8 at the first cabinet meeting of 2015.
According to a government spokesperson “the intention is to get the terms of reference into the dail for debate shortly after.”
It’s anticipated the inquiry chaired by Justice Yvonne Murphy will span over 80 years, and take into account forced adoption and vaccine trials, as well as the magdelan laundries and  the protestant mother and baby homes.
The department of children and youth affairs received over 80 submissions from individuals and organisations representing thousands who entered these homes, which form the terms of reference.
In September Midleton woman Joan McDermott was part of a mother and baby delegation who travelled to Brussels invited by Sinn Fein MEPs Liadh Ni Riada and Martina Anderson.
The women told the commission of their personal stories, the illegal adoption carried out, the forced separation of mother and child, illegal vaccine trials and forced labour in an effort to mobilise the EU to put pressure on the Irish government to accept their demands for justice.
Joan McDermott told the East Cork Journal “following on from Brussels, I have been proactive in ensuring the terms of reference reflects an all-inclusive inquiry, and will continue alongside other groups to fight for justice.”