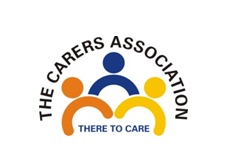 Despite all the signs of a return to growth almost 20,000 people in Cork County who are registered as full time carers are struggling to make ends meet.
At their January sitting Cork County Council backed a motion by Councillor June Murphy calling on the Minister for Social Protection Joan Burton, to reverse a 19% cut to respite care.
The Sinn Fein councillor told her fellow representatives “tens of thousands of family carers struggle financially the irony of this cut is that the government put many carers in a situation where they had to give up caring for their loved ones thus forcing the state to take over the care of these people at a considerably higher cost than the cost of the grants they were paying to one family.
Making the cut to the respite care grant is not only insensitive but also nonsensical. This government cannot continue to penalise these carers while continuing to say care in the home is the way forward.”
Currently there are 180,000 carers registered nationally looking after our most vulnerable in society.
They provide over 900,000 hours of caring every day, which our economists value at €77 million.
A 2009 survey by the college of psychiatrists as part of mental health week found that over 50% of family carers experience a significant mental health issue including depression and anxiety primarily due to their caring role.
Liz Madox of the Castlemartyr carers group told the East Cork Journal “While we welcome this as a positive start. Our feeling would be that the current coalition and councillors would engage in future with carers and people with disability. We need to engage with not only the financial side but also our need for equipment.”
Family carers have consistently lost allowances benefits and supports over the past 4 years as well as services on the ground. Peter Cox of the Cork Carers association welcomed the call for the reversal of cuts to the respite grant. “In 2012 the carers respite grant was cut from €1,700 to €1,350. More often than not this grant was not used by the carer themselves. It was used to pay essential bills for the person they cared for such as speech and language or occupational therapy which have long waiting lists. It was also used to pay for heating and electricity during sever cold snaps.”