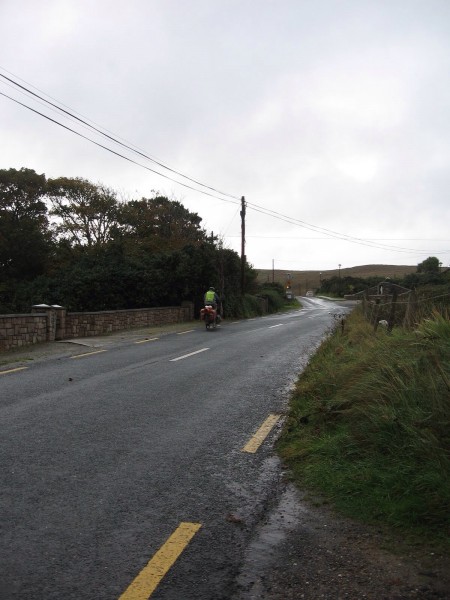 The National Roads Authority who are responsible for funding works on the national primary and national secondary road network have allocated €700,000 for improvements on the N25 in Castlemartyr Village.
The announcement was made by Ger Patton Executive Engineer of Cork County Council’s National Road Design team at the January sitting of the East Cork Municipality.
Mr. Patton told councillors that his office is currently in dialogue with the NRA as it’s unclear where they intend the money to be spent.
“We are not certain yet with Castlemartry whether it’s purely a road resurfacing or whether works will be carried out on the footpaths or whether traffic calming will be included as you have on the western side” he said.
Further good news was delivered to councillors fighting for a new footpath link between Bridgetown and the Castlemartyr National School.
David Clarke Senior Engineer Cork Roads, also told Monday’s East Cork Municipal meeting, subject to funding coming available “priority will be given to the Bridgetown estate side of the road, as school children are currently walking on the hard shoulder of that side going to school and up to the main road to catch public transport to secondary schools outside the village.”
Mr Clarke added “A request has been made to the Lighting department of cork county council. Aertricity are currently preparing a report for same.”
2014 was the first time Midleton Town Council were provided with a footpath programme of €125,000. It’s hoped that similar funding will be provided when budgets for 2015 are allocated later this month.
Ultan Murphy of Castlemartyr Community council told the East Cork Journal “We would welcome any spend on infrastructure in the Village of Castlemartyr.
Regarding the allocation from the NRA we as a community council would like to see that money spent on extending the footpaths to the periphery of the village on the Killeagh side. We would also like to see the raising of the foot paths after any resurfacing, as many parts have receded over the years. Traffic calming measures also need to be put in place allowing motorists access the N25 from Gort An Oir and Tuarinn Alainn housing estates. ”
Mr Murphy went onto say ” we are delighted some progress is being made on our request for a footpath from Bridgetown to the village. The Ladysbridge road has been neglected from the day these estates were built. We had approached Mr Clarke to part fund the project shortly before Christmas.”
It’s understood the cost of providing the footpath is €15,000 not including lights.