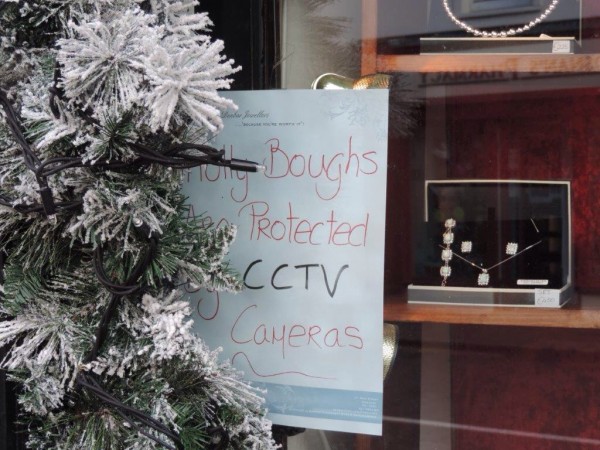 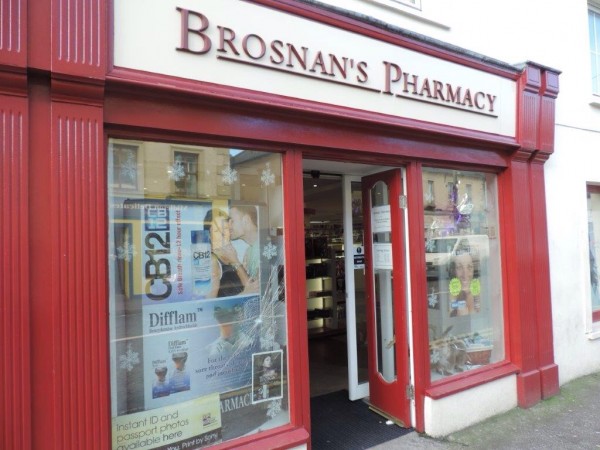 Business owners in Midleton claim they are being tormented by anti-social behaviour. Since October 2014 criminal damage has been caused to numerous premises around the town including; Brosnan’s Pharmacy, Denbar Jewellers, Mr. Dealz, Right Price Meats, the maple and Bite Size.
Groups congregating on Midleton’s streets late at night after pub closing times are said to be responsible for the damage.
Midleton Gardai say that there was a total of 10 incidents of criminal damage reported to them during the month of December 2014. 5 of these cases were detected and Gardai are awaiting to interview persons in 2 cases. A further 3 cases are under investigation. Gardai are looking for the public’s assistance in resolving these crimes.
Anyone with information of the following should contact Midleton Gardai on 021-462 1550.
• Between the 26.12.14 and 01.01.15 a Blue VW Passat was scraped along its side in the vicinity of Woodberry Heights in Castleredmond.
• In the early hours of the 26.12.14 a Silver Toyota Avensis had damaged caused to it’s wing mirror.
• Overnight on 26.12.14 at Castleredmond Court, Midleton a car rear windscreen wiper was interfered with.

There were 21 Public Order related incidents recorded for December for the Midleton Station area. 20 of those Public Order incidents were in the main town area in general. Of these 3 related to Connolly Street specifically.
Some Midleton business owners feel Gardai are not doing enough to deal with the anti-social behaviour which is occurring in the town centre.
Sinn Fein councillor Pat Buckley told the East Cork Journal ” the Garda figures are staggering. This equates to one incident a day over the month of December. A CCTV system for Midleton would not only benefit the business community, it would also be an assistance to the general public who are affected by this yobbish behaviour.”
Midleton Gardai say at present there is no shortage of vehicles in the district “We have an overlap of Garda units detailed for duty on Friday and Saturday nights to help combat public order related incidents. Midleton Station has two Patrol cars, a patrol van, Detective Branch Car and three Traffic unit vehicles that cover the District and assist members of the Regular Units as directed by the Sergeant on duty.Cobh Station has one patrol car along with a further patrol van and Detective Branch Car. Youghal Station has a patrol car and detective Branch car. Carrigtwohill Station has a patrol car.”
In 2013 Midleton Town Council (now the East Cork Municipality) in association with the Midleton Joint Policing Committee began work on design, procedures and tender documents for the installation of a Community based CCTV system for Midleton town centre.
A planning application for the project logged with Cork County Council was withdrawn in June 2014, as it met with some resistance.
A revised submission was later made and is at an advanced stage.
An Garda Siochana say they remain committed to delivering a CCTV programme for Midleton” the Commissioner of An Garda Síochána has approved the project as required, and it has received the blessing and full support of Cork County Council. Funding is in place and the project is now at tender stage and I am aware that the Joint Policing Committee will be announcing progress in the very near future.”
The plan will see the erection of 10 closed circuit television cameras, together with associated services located on main street, Riverside Way and the Mill road.
In mid October almost 6 weeks after the opening of Bite Size on Midleton’s main street, store manager John Barker received a call from local Gardai, advising the front window was broken.
That was later replaced at a cost to the new start up business. Also on main street a side window in Maple bar was broken recently when children were prevented from begging in the pub over Christmas.
The possibility of CCTV in Midleton town centre is not good news for some business owners as they feel it’s too evasive, believing the Gardai already do a good job. One business owner who did not wish to be named said “9 times out of 10 if something happens on main street the guards have the culprit.”
Clonakilty in West Cork have seen crime figures drop in recent weeks where a CCTV system is currently in place.
Fergus McCarthy of the Midleton traders association told the East Cork Journal “Anti-social behaviour is causing huge harm to the Midleton business community. The cost of replacing a premises front window is currently in excess of €1,000. Hopefully the CCTV programme for the Midleton area and the development of My place, will help in the reduction in this form of behaviour.”