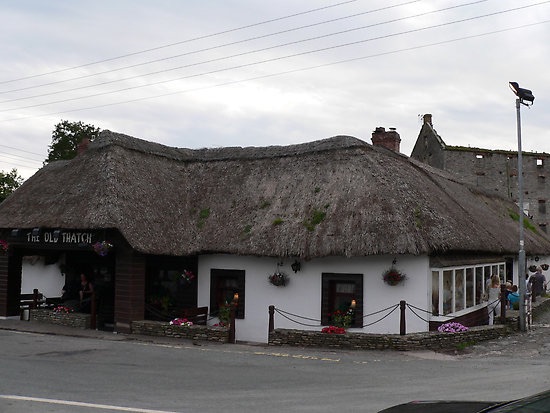 Over 1 million will be spent on improving pedestrian and traffic safety on the N25 at Killeagh this year.
Residents in the village who are petitioning to create basic traffic calming measures there, will be delighted to hear of the investment in their village by the National Roads Authority (NRA).
The funding announcement was made by Ger Patton of the National road design office at The January sitting of the East Cork Municipality.
Mr. Patton attended the meeting at the request of local councillors in order to address their strong concerns over road safety in the region.
Mr. Patton told the representatives construction would commence “mid-year.”
Last October Councillors Mary Linehan-Foley and Aaron O’Sullivan called for traffic calming measures in Killeagh Village.
Councillor Linehan-Foley had called for safety measures to be put in place at St. Fergals national school. The independent councillor told her fellow representatives that “the lollipop lady was taking her life in her hands stopping traffic. “
Fianna Fail Councillor Aaron O’Sullivan raised his own concerns for pedestrian safety in Killeagh, seeking the installation of a pedestrian crossing on the Mount Uniacke road from the church to the opposite side of the street. The East Cork representative also requested the installation of a hand rail on the footpath from the bridge to the Thatch Bar. The councillor told the October sitting “the area of the foot path is brining pedestrians in close proximity to passing traffic on the N25.” Councillor O’Sullivan had also sought traffic calming measures on the entrance to the village on the Waterford Side.
In 2009 plans were drawn up by Cork County Council to slow traffic flow into the village. It’s understood the design involves the narrowing of the junction at the Thatch pub by creating build outs to taper the road from Youghal to Killeagh. The project was added to the County plan sent to the NRA on a yearly basis, but it had failed to attract funding until now.
It’s believed the Killeagh design also caters for improved road markings and signage, a review of which currently being conducted by the NRA. ​
According to one Killeagh resident “there has been a number of road traffic accidents, including several serious incidents outside St. Fergal’s National School in recent weeks. “
The East Cork Journal were unable to verify these claims with local gardai.
Councillor Linehan-Foley while welcoming the announcement expressed her wish that serious consideration is given to road signage and markings. “There are no signs coming from the Waterford side advising of a pedestrian crossing in the village. Cars are suddenly slamming on their breaks when the lights go red. The school warning signs are insufficient coming from the Waterford side. On the Western side of the village the warning signal is not noticeable” she said.

Councillor O’Sullivan also welcomed the NRA commitment to Killeagh “I am very happy that funding is now put in place. The next thing is to ensure the work is done in a timely manner” he said.