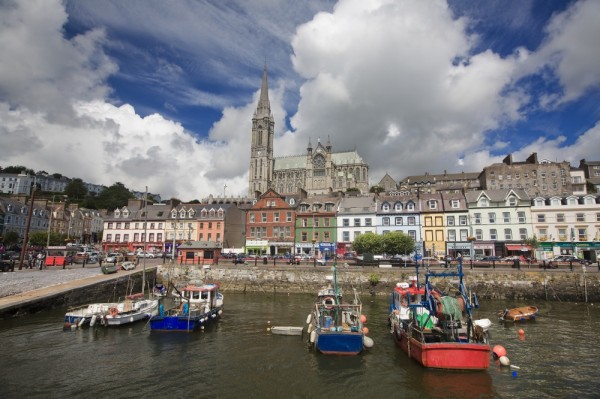 In 2008 Cobh town was labelled as the dirties town in Ireland, since then Cobh great Island Tidy District have worked tirelessly to bin that image.

For the past 3 years the town has received a Silver Medal in the annual National Tidy Towns Competition.

2015 maybe the year the harbour town lose sight of their goal of a gold medal despite being named as one of the cleanest in Europe.

In a report published Recently by Irish Business against litter (IBAL) the East Cork Town was placed 22nd, that’s a drop from 17th place last year.

The survey found that the Recycle Facility at White Point was by far the most heavily littered site in Cobh.

West Beach was let down by litter. There was a definite litter presence along park road. Newtown Service Station was found to be moderately littered, the report noted it had the potential of becoming a seriously littered site.

For the first time, IBAL inspected the cleanliness of connecting routes between towns, which were found to be typically more littered than the towns themselves.

The N25 approach from junction 3 to 2 was found to be heavily littered, mostly fast food related.

Connor Horgan of IBAL has called on local and national government to create a nationally co-ordinated scheme similar to the adopt a road scheme, by involving businesses nationally in an effort to alleviate the situation.

“The positive impression that our clean towns create for visitors is all too quickly undone if they encounter litter when departing them. It is a natural evolution of IBAL’s survey that these routes be monitored,” he said.

Some of the particularly good sites in the Cobh area included the Promenade / Walkway and Cross Ferry Harbour and Environs – these sites weren’t just clear of litter but very well presented and maintained.

Henderick Verwey chairperson of the Cobh Great Island Tidy District cautiously welcomed the report. ” The IBAL survey is a shot in time. It’s based on one visit to the town, where they pick 10 areas and score them. Any tourist visiting the town today will notice a serious deterioration in the last 6 months.”

The Tidy Towns chief added ” there is a serious warning here. The litter issue can’t be solved by business owners and property owners alone. Council need to focus on resources and implement a number of checks and balances that those resources are used affectively.”

At a Cobh Municipality outdoor staff briefing last year (Monday 16 June 2014), workers were advised that they would have to cut back on the normal local functions they traditionally carried out. The employees were told their primary focus would be on maintaining the regions roads.

At the height of the tourist season the collection of local refuse in the Cobh area changed from a daily collection service to a twice weekly service. Grass in the towns common areas would only be cut once a month and plants would have a deep soaking once a week. Following strong opposition from councillors at the time it was agreed bins in Cobh would be emptied on Mondays, Wednesdays and Fridays during the tourist season. During low season bins would be emptied Mondays and Fridays, with staff monitoring the situation.

On Monday 5 January bins in the town centre were full to the brim uncollected.

Padraig Lynch Cobh Municipality Chief Executive told the East Cork Journal ” council staff were on annual leave, Friday 26 December and again on Monday 29th December. A skeleton crew were on duty in the town on the 27th & 28th December. Their main task would be to clean the streets and empty bins. No staff were sent out of town during this period.”