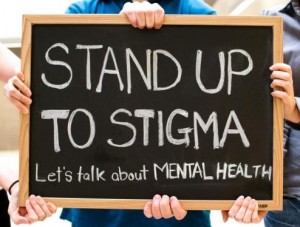 Mental Health and Physical Wellbeing is enshrined in Irish Law under the Safety Health and Welfare at Work Act 2005. An employee’s physical wellbeing is widely recognised by employers but in many cases people feel their mental wellbeing is not. Work can be very fulfilling helping put food on the table and paying for your annual trip to the sun but many will tell you that work is the most stressful part of their lives. The mark of a good employer should be one who makes it obvious that people with a mental health problem can disclose and talk about it without prejudice. 1 in 20 people in our community will have a suicidal thought within a 14 day period but not all will act on them. That’s according to the World Health Organisation (WHO). Mental health is important in the workplace because lack of understanding leads to alienation and isolation of staff members. Education and awareness in the workplace about mental illness is the key. According to a study carried out by ‘See Change’ (an alliance of organisations working together through the National Stigma Reduction Partnership to bring about positive change in public attitudes and behaviour towards mental health problems.) There is an increased belief that people with mental health problems have the same right to a job as others up from 72% in 2010 to 79%. While an average of 3 in 4 people would be comfortable working with someone with experience of depression, anxiety or an eating disorder, only 43% of people would be comfortable working with someone with a diagnosis of schizophrenia. Outlook Increased although still minority perception that someone with diagnosis of schizophrenia will go back to work within a year, up from 29% in 2010 to 40% compared to 63% who believe the same for someone with depression. Openness 57% believe that being open about mental health problems at work would have a negative impact on job and career prospects, up from 48% in 2010. 47% believe that being open about a mental health problem at work would have a negative effect on a person’s relationship with colleagues, up from 36% in 2010.