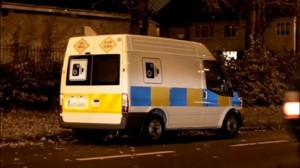 Cobh Municipality have urged that speed checks be mounted throughout the borough following motions tabled by Cobh councillors, Independent Claire Cullinane, Labour Councillor Cathal Rasmussen and Carrigtwohill Fine Gael Councillor Anthony Barry.
The councillors told a recent municipality meeting that motorists are reaching dangerous speeds in built up areas in Cobh and Carrigtwohill.
Requests for traffic calming measures were tabled for Park Road onto Ahern Place and onto the main Ticknock Road, between Hilltop Park and Hillcourt. Further calming measures were called for from Springfield Park / O’Donovan Place to Cobh Hospital with particular attention to the cross at Coolamber and the back of the Ramblers.
In Carrigtwohill Councillor Barry told the meeting that he received requests from residents of Fota Rock to reduce the speed of through traffic in their estate from the Carrigane road to the N25.
Councillor Rasmussen told the meeting “I don’t see the problem of putting ramps on some of these roads. Some of the residents are willing to contribute at this stage.”
Councillor Kieran McCarthy said ” there were two children within days of each other knocked down on the main road into Rushbrooke Manor. The Residents association have agreed to hold a fundraising effort to help out the council as they definitely need ramps there. In Ahern place there seems to be a difference of opinion there. The guards are in favour with what the residents want a chicane.”
Senior Engineer Cork County Council Ger O’Hora told the meeting many of these requests were enforcement issues. ” Regarding traffic calming measures in estates we will look at that. There are certain criteria for these ramps. We will look at the individual estates and see if they meet the criteria. If residents want to contribute to the cost of these ramps that’s fine we can look at that also. Park Road is a main road out of Cobh so we can’t put ramps there but we will look at putting additional signage along the road.”
Councillor Claire Cullinane told the meeting “we need to coordinate better with the guards, that we would at different times identify different areas. This is an enforcement issue. The Gatzo van out at Fota Road is certainly a deterrent and people slow down there by the Golf Course. So that has worked. If we linked with the guards more on specific areas and just monitor if it does create a change or if it doesn’t. We don’t want to be spending money if we don’t need to.”