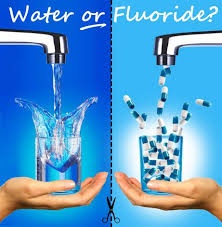 Cork County Council continue to question the addition of fluoride to the public water system. Fluoridation of our water scheme began in 1964 on foot of the health fluoridation water supplies act 1960.
In March the council voted to ban fluoride in the Irish Water Supply. A letter was sent to the then Health Minister James Reilly who responded back on the 9 July. In that response Minister Reilly stated while he “appreciates that 12 years have elapsed since the publication of the Report of the Forum on Fluoridation, its conclusions are still valid.”
This response was subsequently rejected by Cork County Council in their July meeting with a further letter issued to the new Minister for Health Leo Varadkar.
At the September meeting of Cork County council Minister Varadkars’ letter was also rejected. Councillor Noel Collins told the assembly that the minister gives those seeking the removal of Fluoride in the Irish Water system a repeat prescription plus cost factors. ” In medical ethics it is practice that when you visit your GP he or she prescribes not the patient. Not so on this consultation. ”
Councillor Collins added that “in the last paragraph of the Minister letter he says ‘Cork County Council has given no indication as to what policy if any should be introduced to replace water fluoridation or how the consequent costs be met’. The Minister is there to help and advise on health issues but in this case he is asking the people to put forward an alternative compound to fluoride and the costs to be met.”
Fluoridation of our water is currently carried out by Irish Water on behalf of the Health Service Executive (HSE). The chemical is added to our water because of its oral health benefits. Today the compound is still used topically be dental professionals.
Councillor Collins who likens it to a poison told the meeting “If you take the poison out of water why is it necessary to replace it with anything. There is scientific evidence the chemical difference between what which is put in the water is pure poison and what which is natural occurrence in food both are chemically different. One is a total poison the other is a nutrient.”
The council have now referred their proposal to the 4 Munster MEPS for deliberation.