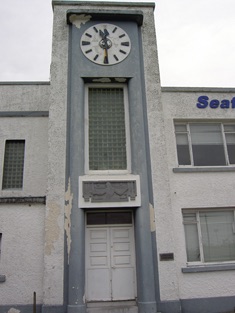 Plans to redevelop the former Seafield Technical Textiles premises in Youghal was given the green light by Cork County Council.
The development will include 6 single storey units along with a supermarket and a drive through fast food restaurant and car parking for 178 cars.
A previous application was lodged by Seafield Partnership in 2011 which had incorporated the old Youghal Carpets building in its plans, but was rejected in 2012 by An Bord Pleanala as it was felt the expansion was not in keeping with the towns 2009 – 2015 development plan.
Youghal Town Council consequently made changes to the proposal in order to allow a medium sized convenience store.
A separate application was lodged in July 2014 for the redevelopment of the old Youghal Carpets building by German Food outlet Aldi with the provision for 81 car parking spaces. Cork County Council has yet to make a decision on that application.
Independent councillor Mary Linehan-Foley welcomed the development at Seafield “the strand area needs a total redevelopment. The area has been calling for this for the past 15 years” she said.
Councillor Aaron O’Sullivan has also welcomed the announcement.

“This decision is most welcome and is a positive development for Youghal. The planning permission is not set in stone however as there is a statutory period in which objections can be submitted and the matter may eventually have to go to An Bord Pleanala. However, it is a postive foundation that Cork County Council has given approval” he stated.