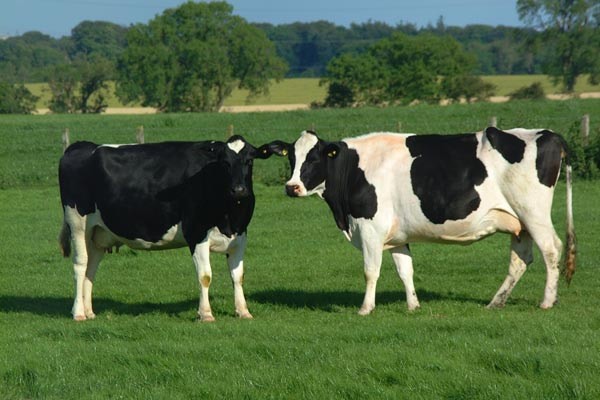 Dairy production here is expected to experience rapid growth in the coming years.
The increase in production is likely following the elimination of the EU Milk Quota system from this April.

Recently a group of academics delivered a report to Cork County Councillors which targets a 50% increase in milk production by 2020.

In terms of milk volume this would mean an increase of about 700 million litres of additional milk annually. By 2020 cork county would be exceeding 2 billion litres of milk production.
The reports authors Dr. Declan O’Connor, lecturer at Cork Institute of Technology and Dr. Michael Keane of MJ Keane Agribusiness research services told councillors “through proper planning and proper management” dairy farming in the region can expect significant growth.
Currently Cork dairy farmers produce milk in a very efficient manner, we are among some of the lowest cost producers in the world. As a nation we are already producing 17% of the worlds infant milk formula.
Dr. O’Connor added “we are now being given an opportunity to consolidate our position. That consolidation means that everyone needs to grow in the same direction. The prize is huge we have to be conscious of threats ” he said.
Those threats and constraints that need addressing are:
Land a dairy production is a very specific industry that requires land around the milking platform to milk cows. You don’t want your cows travelling to far.
In a typical year less then 1% of land changes ownership in the county. Land will be a constraint getting the land is going to be important.
We are going to need a highly skilled labour force.
Third parent and fertility will also be an issue. As farming becomes more intensive there will be great movement of cattle there will be greater opportunities for diseases to be transmitted.
Weather and climate can also affect milk production the bad summer of 2013 meant that many farmers had to import hay from abroad at the beginning of the year.
Equal price volatility in 2013 farmers saw prices approaching 40 cent per litre forecast figures for this year predict that price could be down to 26 cent aa litre.
EU policy lifting of quotas will introduce treats to some countries some of them are high cost producing areas will look very nostalgically at the quota system.
Water quality green house gas emissions are all live issues.
1 litre of milk takes 6 litres of water to produce. 2.2billion litres of milk by 2020 will require 12.6billion litres of water. As it stands a large number of farms have their own source of water however because water is so important to the production of milk they also require that they have a back up. So even the farmers with their own scheme are reliant on the public system.

Bio gass – biogass carbon foot print – ww 750 billion is produced annually by 2020 we will have 90billion extra litters cork is the best place to reduce the carbon output due to its extended grazing season.
If the 50% target is met it would mean an increase of a further 4,000 jobs . The output of the sector is expected to increase by €450 million, with exports receiving a similar growth figure. There would be a net benefit to the exchequer of about €100million.
County Mayor Alan Coleman has said everything needs to be done to make Cork a farming hub.
Mondays report is underpinned by €1.2 billion investment in the farming sector, Dr O’Connor told Corks County Councillors ” Some of our processes have been concentrating on investment since 2010. Between 2010 and 2020 its expected that processors will have invested somewhere in the region of 770 million
For farmers to be able to increase their production by 50% an investment of €450million is required” he said.
The increased milk production would equate to 28,000 milk truck loads a year, that’s an extra 1,000 movements a week.
The CIT lecturer went onto say “to maintain the roads would mean an investment of €4.2 million to 2020 and about €1.5 million thereafter.
You have to consider getting the dairy commodities back to the ports for export. There would be much more feed imported and required for the industry which is going to increase the traffic on the roads. Fertiliser usage is going to increase. Farm to farm transport is going to change dramatically.
Because of the land constraint more farmers will be renting land away from the milking platform.
They will be moving silage from the out farm to the milking platform they are going to be moving slurry so they are going to see an increased amount of movements there.
Our contractors are going to be more busy they are going to be travelling greater distances.
Roads are not being maintained to the standard required for increased traffic volumes. A wing mirror for a lorry €800 over hanging limbs blind bends turning areas not adequate”