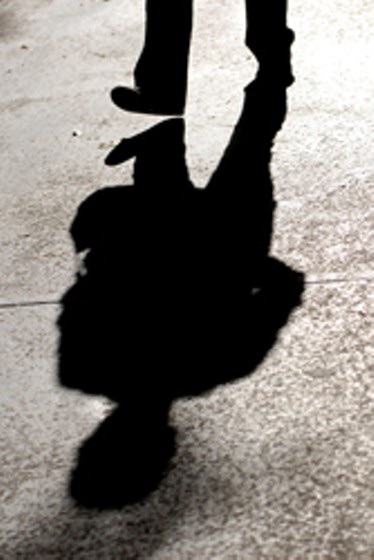 A major hassle that almost every Midleton resident faces apart from potholed roads is the lack of footpaths to walk on. That’s the opinion of councillor Noel Collins.
At a recent meeting of the East Cork municipal district, councillor Collins requested the reconstruction  of footpaths in both Elsinore Heights and Elsinore Rise followed by completion of road works in Avoncore Bungalow Estate, Midleton, both on a waiting list with over 20 years. Councillor Collins also requested the completion of road works in Riversfield Estate to be included in the 2015 road funding programme.
Councillor Collins told the meeting “the 169 footpaths in Elsinore Place and Elsinore Rise are falling apart and have been so for over the past 20 years. Irish water may subsidise the reconstruction of the paths considering pipes for the estates were laid underneath the foot paths and when the new foot paths will be laid the relaying of pipes will have to be addressed. ”
The councillor went onto say “the residents have been treated rather shabbily in the matter and left struggling and falling down because of the foot paths. “
Councillor Pat Buckley who seconded the motion said “in the last number of years that I have been on the town council Avencore and Elsinore have always been last man standing when it came to footpaths. I am getting a constant barrage of where it’s going to be done and when it’s going to be done. ”
Dave Clerk Senior Engineer Roads Cork County Council told the meeting “the overall length of foot paths in Elsinore is 1.9 KM in excess of 1 mile. Rehabilitation works were carried out in 2011 approximately 200 metres and some localised reconstruction of defective areas and a further 50 meters in 2012. This year for the first time we actually have a footpath programme on foot of the €1 million supplied at county level from the development contributions in regards repairs. Under that we got €125,000 for the old Midleton electoral area. There are 7 or 8 locations we have completed. There is a further 50 meters in Elsinore to be replaced under that. To give an idea for the reconstruction of the remaining 1.6 km that would cost in excess of €150,000. Put that into context the first time we got an allocation of €125,000 that was Midleton electoral area. East Cork would unfortunately be less. We are quite happy to replace these foot paths but the money isn’t there, again when we get funding next year the task will be to prioritise where the highest footfall is. ”
However, there was some good news regarding Midleton’s footpaths. Mr. Clarke told the meeting ” in Avencore a good percentage of the footpaths there that were in a very poor condition have been replaced and the roads resurfaced and I think that’s made a dramatic improvement. ”
Mr. Clarke went onto say “finally in Riverfield the worst section the first entrance was in our plan for this year funded by Midleton town council those works have been completed. If the residents are looking for further road restoration in that estate they should consider the community involvement scheme (where residents would pay 20% of the costs and the government would pay 80%) ”
Community involvement grants are extra funding that is given by government, if nobody applies it goes somewhere else.
Councillor Michael Hegarty called for a footpath programme to be developed for the East Cork Municipal district.
Councillor Collins asked it Irish Water would help with the costs of repairs.
Mr Clark told Councillor Collins Irish Water would not be in a position to fund the repair of these footpaths. “When we were doing our footpath regeneration works we requested Irish Water to put in boundary boxes. The last thing we wanted to do is to replace a footpath and next year come along and have Irish water dig it up.”
Councillor Collins stated “there was a serious miss judgement by the council on day one when they allowed the water pipes to be placed under the footpaths.”
Mr. Clark added ” in any footpaths we have replaced there was no issue with the water mains. “